Where Do Biofuels Come From?

Biofuels are emerging as a viable alternative source of energy to fossil fuels like oil, gas and coal. The latter are falling increasingly out of favour due to their finite nature and damaging environmental impacts. By contrast, biofuels are relatively clean and theoretically renewable, making them a potentially beneficial replacement for the traditional sources of energy we have relied upon for so long.

But where do biofuels come from? Whereas fossil fuels are the product of thousands of years of atmospheric and elemental pressures which turn organic matter into oil, coal and gas, biofuels are made up of that organic matter in its original state. Also known as biomass, these plant-based fuel sources are then put through a chemical process which can convert them into usable energy.

Biofuels are generally separated into two categories: primary and secondary. The former includes all plant matter that is used immediately as a fuel source without any processing or treatment, most often in developing countries where other sources of heating or energy are not available. Lumber, woodchips and wood pellets are the most common types of primary biofuels, though there are many other sources, as well.

Secondary biofuels, on the other hand, must go through a chemical process inside a biofuel reactor in order to render them useful as a fuel source. In this scenario, the raw materials are trapped in a heated chamber, while water, acid and an appropriate solvent capable of breaking down the molecules in the biomass are pumped into the chamber. This isolates the sugars in the plant’s cells, preparing them to be used as a biofuel or as a material to make items normally derived from petrochemicals.

Breaking down the barriers

The wall surrounding plant cells are where all the important sugars are stored, inside two complex molecules named cellulose and hemicellulose. In addition to these two, a third molecule called lignin binds them all together. The three molecules must be broken down and separated in order to access the sugars which hold the plant’s energy potential. This is achieved via the use of a solvent.

Finding a solvent which is affordable, effective and sustainable proved to be a sticking point for the scientific community for some time, but the recent discovery of γ-valerolactone (or GVL for short) changed all that. Because GVL is made from biomass itself, its easily replenishable and can even be recycled after it has been used to break down more biomass in the future.

After the GVL has been used to break down the lignin and access the sugars held in the cellulose and hemicellulose cells, those sugars can then be used either to create sustainable alternatives to plastics, soaps and other petrochemical products, or to create biofuels. In the latter case, they are put through much the same process via which alcohol in a distillery is created in order to produce bioethanol, which can be used on its own or else mixed with oils and fats to create biodiesel.

In the UK, there are relatively few vehicles which have been engineered to handle biofuels on their own. Instead, bioethanol is mixed with petrol and biodiesel is mixed with diesel to create a more efficient and eco-friendly fuel. Additionally, they must go through rigorous testing regimes to ensure they are free from impurities and contaminants. The article Ensure Accurate Results for Sulfur and Chlorine Analysis in Biodiesels has more information on that topic for those who are interested. 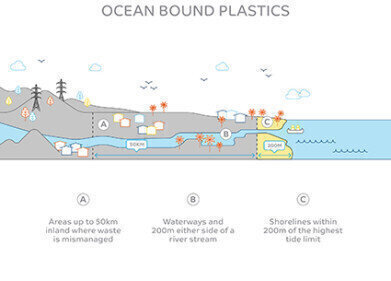