Removing carbon dioxide from flue gases before it can be emitted into the atmosphere is essential to reduce the impact of industrial processes on the environment. This process, known as carbon capture, is becoming more important than ever as organizations and countries alike look to achieve net-zero carbon status.

Carbon capture and storage (CCS) technologies are used to collect carbon dioxide (CO2) emissions from power plants and heavy industry, transporting it by pipeline or ship for underground storage.

Captured CO2 can be used to manufacture fuels, carbonates, polymers, and other chemicals, contributing to a circular economy – this is known as carbon capture and usage (CCU).

In general, CCU is less advanced on an industrial level than CCS; additionally, current CO2 emissions greatly exceed the expectations of CO2 usage, so CCU is regarded only as a complementary alternative to CCS.

Depending on the method and placement of the carbon capture technology, there are three main types of capture: post-combustion, pre-combustion, and oxyfuel combustion.

Post-combustion carbon capture
This method captures CO2 from the flue gas after combustion – the flue gas is cleaned to remove trace components like sulfur dioxide (SO2) and hydrogen chloride (HCl), that may interfere with the capture process.

The flue gas is then purified, commonly with a molecular sieve, to remove water vapor, carbon dioxide, and gaseous hydrocarbons.

Various capture mechanisms can be applied, including phase separation, selective permeability, and sorption. Sorption is the most widely used mechanism, and utilizes chemical or physical solvents to separate the CO2 from the gas stream.

Pre-combustion carbon capture
Pre-combustion capture is comprised of technologies that remove CO2 before combustion of the fuel. It requires a carbonaceous fuel to be broken down into hydrogen (H2) and carbon monoxide (CO), a mixture known as syngas.

To make highly efficient CO2 capture possible, the syngas formed after steam reforming or partial oxidation/gasification has to be ‘shifted’ after it is cleaned. This ‘shift reaction’ yields heat and a gas stream with high CO2 and H2 concentrations. The CO2 can then be removed with chemical and physical solvents, adsorbents, and membranes.

Combustion thus takes place with nearly pure oxygen, resulting in a flue gas containing mainly CO2 and water. Trace components like oxides of nitrogen (NOx) and sulfur dioxide (SO2) may be present. The CO2 is purified by removing water and impurities.

A continuous emission monitoring system (CEMS) is needed to measure CO2, CO, NOx, O2, and SO2 in the flue gas at several locations. Servomex’s SERVOPRO 4900 Multigas extractive analyzer can measure up to four flue gas components in a single chassis, and so meets most CEMS gas analysis requirements.

The use of CO2 in the manufacture of fuels, carbonates, polymers, and other chemicals, makes post-capture quality measurements essential. If captured from a process such as coal-fired power generation, it can contain traces of contaminants like SO2 and hydrogen sulfide (H2S).

Servomex’s SERVOTOUGH SpectraExact 2500 photometric gas analyzer is a key solution for detecting trace contaminants in this application, with the capability to measure CO2, CO, SO2, and, depending on range, H2O.

To ensure safety, it’s necessary to measure H2S and H2O in pipelines, and to monitor CO2 and O2 in ambient air, keeping personnel safe in enclosed spaces around the pipeline or storage.

In closed environments which allow sampling, the SERVOTOUGH Oxy 1900 Paramagnetic oxygen analyzer can be used for O2, while the SpectraExact 2500 provides a hazardous area solution for CO2, or, depending on the process, the MultiExact 4100 can be used for both O2 and CO2 measurements.

Combustion efficiency helps reduce emissions and fuel costs, and increases safety. Servomex’s SERVOTOUGH FluegasExact 2700 flue gas analyzer provides a solution – the Zirconia-based sensor can be modified to operate at a range of 0-50% O2, while a thick film catalytic sensor, is optimized for CO, to monitor breakthrough. 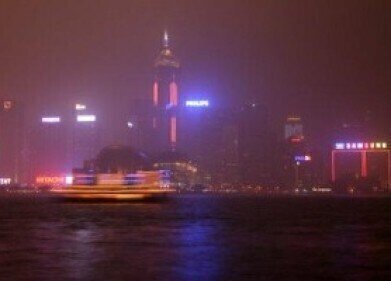 Most of you will know that we put on sun-cream to protect us against ultraviolet light. Some of you may know that UV rays are invisible to the human eye....

What is Vacuum Ultraviolet (VUV) Spectroscopy? 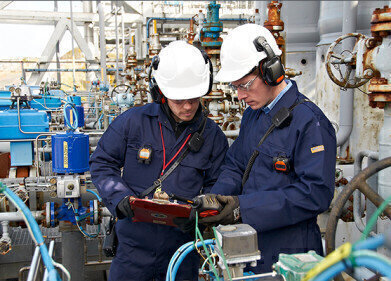 ION Science, as a leading OEM in VOC gas detection and analysis, have long supported the petroleum, petrochemical, and refining industries with monitoring... 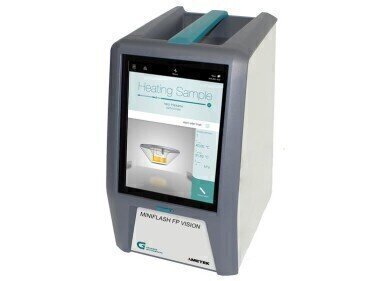 The MINIFLASH FP(H) Vision determines the flash point of flammable liquid mixtures according to ASTM D6450 and D7094. These test methods utilise a cont... 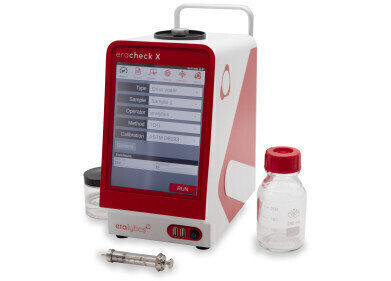 The oil-in-water analyser ERACHECK X is eralytics latest product innovation. It is the first analyser based on our new portable and easy-to-operate instrumen...

eralytics - The Next Era: Portable Oil-in-Water Testing with ERACHECK X