Recently, there has been an announcement that ten advanced plastic recycling facilities are to be built across the United Kingdom, bringing in over £400 million in investment. Already confirmed are sites in Lincolnshire, Lancashire, South Wales and Gloucestershire, but there are more announcements on the way. It marks a bold step in the direction of circularity for the British economy.

The plants will be run by Clean Planet Energy, who have partnered with Crossroads Real Estate to get their hands on the space. They’re called ecoPlants and they’re designed to handle non-recyclable and hard-to-recycle waste plastics of the type clogging up the world’s oceans. Each plant can convert 20,000 tonnes of plastics annually into both ultra-low sulphur fuels, which can be substituted for fossil fuels in transport vehicles and heavy machinery, and petrochemical feedstocks, like circular-naphtha, for use in the production of new plastics. Construction on the scheme’s flagship plant in Teesside is currently underway.

The fuel produced skims 75% of emissions off of traditional diesels and all in all, these ten plants could repurpose up to 200,000 tonnes of hard-to-recycle waste, strengthening the UK’s circular capacity. Indeed, with an administration in Westminster keen to be recognised as credible on both climate policy and economic management, this may come as welcome news to many quarters of British society, especially in the context of this year’s agreement at COP 27.

Although very little in the way of decarbonisation is required of signatories to the agreement, many nations, including Britain, are interested in being seen as leaders on climate policy. In the last month, for instance, the Department of Environment, Food and Rural Affairs (DEFRA) published their investigation into the various available strategies for the reduction of plastic waste – and advanced recycling, of the kind made possible by the new ecoPlants, was given as a key recommendation. The report was in part a recognition of Britain’s role in what the UN called the ‘plastics pollution crisis.’ Research from 2021 indicates that the United Kingdom generates over two million tonnes of plastic waste each year, over half of which is totally resistant to recycling. The situation is desperate – the UN has even been tossing around the idea of directly incentivising circular plastics – and yet developments like these demonstrate not only that the science is catching up, but that this is a developing sector offering long-term investment opportunities. 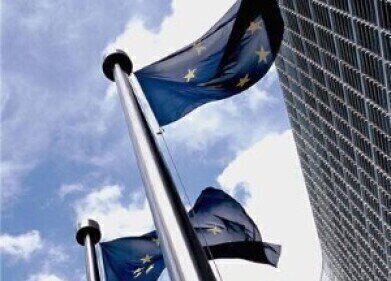 As the dust settles on this year’s Conference of the Parties to the United Nations Framework Convention on Climate Change, or COP, many commentators have l...