As the world searches for eco-friendly alternatives to fossil fuels, hydrogen has stepped up as a sustainable solution. Not only do hydrogen fuel cells offer impressive energy generation credentials but when powered with “green” hydrogen they generate no harmful by-products.

Read on to find out more about hydrogen fuel cells and the incredible potential the technology offers as a sustainable and climate-friendly source of power.

What are hydrogen fuel cells?

Currently, most of the word’s hydrogen is produced by the gasification of coal or using a process called steam methane reformation. Both require non-renewable feedstocks which release large amounts of carbon dioxide and other pollutants into the atmosphere.

In comparison, “green” hydrogen is generated using renewable sources such as solar, wind and hydroelectric power. When hydrogen is produced using these eco-friendly methods, hydrogen fuel cells are considered 100% sustainable.

What about "blue" hydrogen?

While not as sustainable as green hydrogen, blue hydrogen is considered more eco-friendly than steam methane reformation. Carbon dioxide emitted during the steam methane reformation process is captured and stored, which has the capacity to slash emissions by up to 50%. Turquoise hydrogen is another concept being explored by producers. The method uses a process called pyrolysis to break methane down into hydrogen and solid carbon. This solid carbon can then be buried, stored or used for steelmaking, battery production and other industrial applications.

New research from Imperial College London paints a bright future for hydrogen fuel cell technology, with the team developing a catalyst that could slash the cost of powering fuel cells. The findings were published in the journal Nature Catalysis, with the team explaining how they used iron, carbon and nitrogen to develop the catalyst.

“Currently, around 60% of the cost of a single fuel cell is the platinum for the catalyst. To make fuel cells a real viable alternative to fossil-fuel-powered vehicles, for example, we need to bring that cost down,” explains Professor Anthony Kucernak, lead researcher of the study. “Our cheaper catalyst design should make this a reality, and allow deployment of significantly more renewable energy systems that use hydrogen as fuel, ultimately reducing greenhouse gas emissions and putting the world on a path to net-zero emissions.”

Find out more about hydrogen fuel cell technology, as well as other production processes like steam methane reformation, in ‘Everything You Need to Know About Hydrogen Fuel’.

When it comes to assessing the performance of polymer materials, properties such as strength, elasticity and molecular weight are front of mind. Viscoelastic...

When is Mechanical Polymer Characterisation Used?

From high-performance synthetic plastics to natural substances like wool, silk and cellulose, microscopic polymer characterisation is used to analyse a wide...

What is Microscopic Polymer Characterisation?

From ultra-durable plastics used for engineering and manufacturing applications, to naturally-occurring proteins like haemoglobin, enzymes and antibodies, po...

What is Chromatographic Polymer Characterisation? 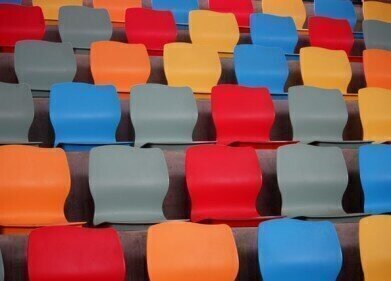 Rheological properties can have a big impact on the behaviour and performance of polymer materials. For applications where properties such as yield stress, v...

How Does Rheometric Polymer Characterisation Work?