Many publications have recently carried stories detailing the lack of snowfall in the French Alps, some of which have highlighted this strange occurrence as one of the most stark examples of advancing climate change. For Grenoble’s Mayor, Éric Piolle, however, this is something that residents of the Alpine city have noticed year upon year since 2010 – it's one of the many reasons why he feels so strongly about climate mitigation strategies. “We are surrounded by mountains, so we see the impact of climate change directly,” he told the Financial Times. “It’s embedded in your daily life.”

In 2014, Piolle was elected as the Green Party’s first Mayor of a major city. His time in office has been a highly successful and popular one, but it reached what is arguably its zenith in the last few months. Not only was Grenoble recognised as the European Union’s Green Capital, but it’s recently announced that all of the city’s homes are run exclusively on renewable energy – a true beacon of forward-thinking urban strategy in a sea of dreary municipal defeatism.

To be fair to the many policymakers and activists involved in this achievement, though, Piolle’s mayorship is only one link in the chain. Grenoble, it seems, has a history of green politics. In 2005, Grenoble was the first city in the country to publish a serious plan for reducing emissions. From this point until 2016, they managed to bring about a reduction of 25%, which is noteworthy for a city of its size and will have meant drastic changes to its relationship to the French economy at large. In large part, this is due to a reconfiguring of the city’s transport culture, the central plank of which is Grenoble’s low-emissions zone, which is France’s biggest, limiting higher-polluting vehicles in not only Grenoble itself but in almost 30 of its surrounding municipalities. To capitalise most effectively on this scheme, the city has promoted ride-sharing and encouraged the Grenoblois to get on their bikes – indeed, a 2021 survey gave it first place for cyclability.

Another pillar in specifically Piolle’s environmental strategy for Grenoble has been a pioneering experiment with crowdsourcing policies, awarding over €4mn for the realisation of resident-proposed schemes since 2015. Other forms of public outreach have included things like schoolchildren were given the change to redesign their playgrounds, with many adding allotment-style garden and the planting of trees to curb the heating effects of artificial surfacing, sequester carbon and enhance the resource-autonomy of the schools by decreasing reliance on long-distance logistics. Similarly, Piolle’s administration has ramped up the conversion of the city’s food-waste into both compost and biogas.

But it hasn’t all been strategies for the state: Grenoble is recognised as a real supporter of green business. In 2014, the French government set up a fund of digital technology start-ups and in the very first round of accreditation, Grenoble was given license to draw down capital from the fund to support fledgling firms. It’s been highly active in channelling this support towards eco-tech firms right up until the present: in 2022, 4 of the 22 companies funded by French Tech’s Green20 scheme, which provides capital to around 20 eco-tech firms every year, were in or around Grenoble.

Much of this investment has directly strengthened the city’s self-evidently successful transition to renewables. Take Waga Energy, a start-up founded in 2015 that converts landfill gas into biomethane, a greenhouse gas but one that the firm estimates will avoid 45,000tn of emissions annually. It’s been fairly successful, operating 13 units domestically with prospects of expansion beyond French borders. This is why authorities like the President of French Tech’s Alps branch, Romain Gentil, are fans of Grenoble’s ambitious and tough-minded approach to business: “The city is very ambitious, and quite restrictive, in what they require from businesses,” he tells the Financial Times. “But they also put in place measures to help businesses adapt.”

There are, as always, some difficulties. One of Mayor Piolle’s first moves was to significantly reduce the amount of public advertisements in the city, the annual cost of which has been estimated to be between €600,000 and €150,000. Similarly, road closures and the reduction of parking spaces have been frustrating for some locals. But speaking broadly, the residents of Grenoble seem enthused by Piolle’s ambitions, re-electing the Green Party member in 2020. In the wake of a certain political inertia at the national level, municipal pioneers like Grenoble could be the ones to reinvigorate climate policy in Europe’s leading economies. At the very least, stick it on your list if you’re in the market for a good cycling holiday.

Petrochemical projects are set to dominate oil and gas projects in Saudi Arabia in the next five years, according to a report by GlobalData. The report foun...

Saudi Arabia’s oil and gas-related projects to be dominated by petroch... 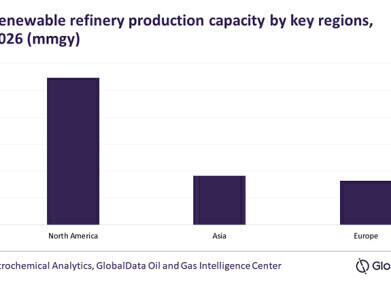